RUN - the nanoworld in motion

Atoms and molecules RUN the world

All matter around us – from solids and modern nanostructures to living cells – is made of tiny elementary building blocks: atoms and molecules. Less than a billionth meter wide. Modern microscopes can directly visualize the atomic and molecular structure of matter in still images.

Yet it is the incredibly fast motion of atoms, molecules, and electrons that yields the functions of new quantum materials, causes chemical reactions, and defines vital processes in a cell, but cannot be captured in still images. Such motion typically follows the intriguing laws of quantum mechanics. Modern natural and life sciences as well as nano- and biotechnologies depend on a detailed understanding of these dynamics, which occur on time scales as short as femtoseconds – a millionth of a billionth of a second.

The interdisciplinary Regensburg Center for Ultrafast Nanoscopy (RUN) has been founded to resolve the fascinating quantum motion and interaction of the nanoscopic building blocks of matter directly in nanoscopic slow motion pictures. The world’s first microscopes visualizing molecular motion in actual real-space videos with atomic spatial and femtosecond temporal resolution have been developed in Regensburg. Further innovative ultrafast videography concepts are under development and will be employed to tackle the molecular quantum dynamics underlying key biological, chemical and physical phenomena. Starting from the smallest of dimensions, electronic, structural and spin-based dynamics are explored with increasing system size and complexity – ranging from single atoms to modern quantum materials. Long-sought-after insights for basic research and next-generation quantum technology.

These research activities are currently distributed over the entire university campus. They will be bundled in a new dedicated research building, which will offer a complementary array of state-of-the-art ultrafast nanoscopy facilities and is currently under construction. The building will host more than ninety researchers from all natural sciences departments in Regensburg and from partner institutes world-wide. The new RUN building will also be home to select junior research groups who will enjoy the full infrastructure and the inspiring interdisciplinary atmosphere of the RUN. 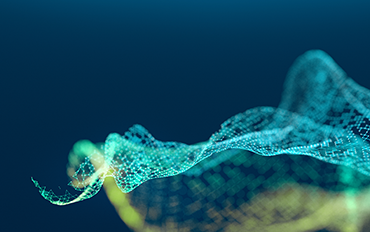