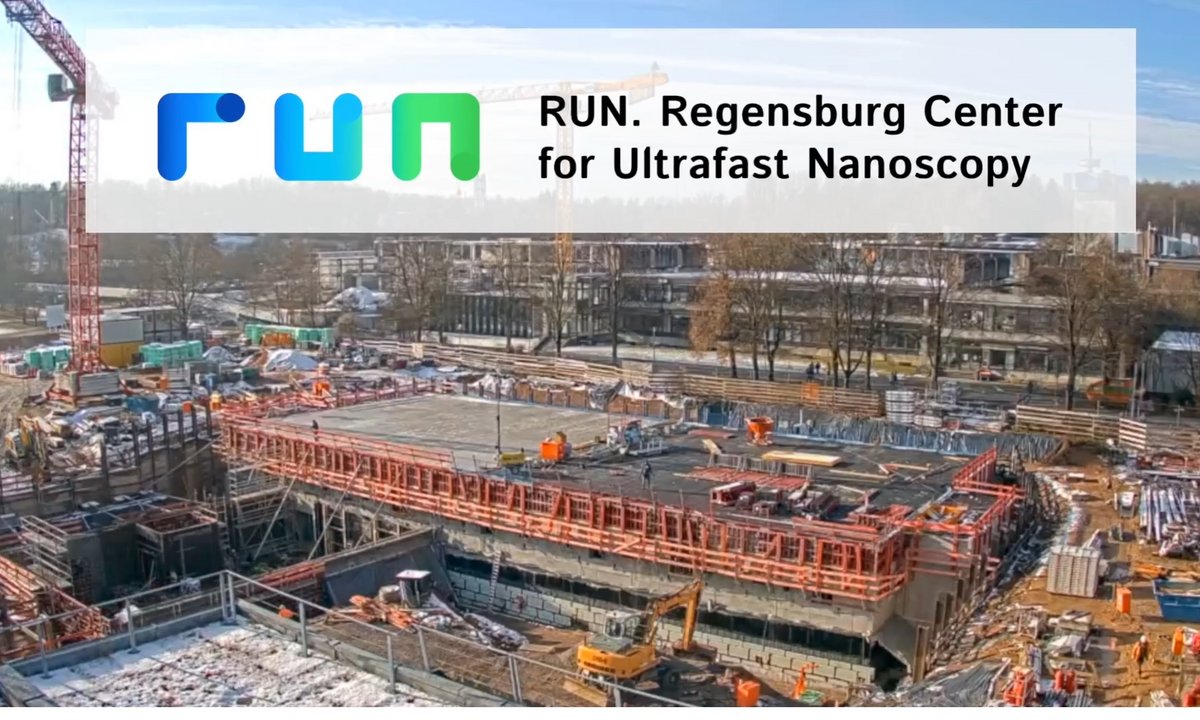 Roughly two years ago the construction of the RUN started, we just celebrated the topping out ceremony in october, and end of next year construction should be finished - A good time for a reminder of the central goals of the run.

What defines the Regensburg Center for Ultrafast Nanoscopy, what is it built for, what scientific question will it answer and what challenges arose during construction is summarized in a new feature film.

The video can be found on Youtube and the media library of the University of Regensburg (both German).

The press release can be found here (German)

Back to the Newsroom